The Future of Invisible Advertisements

Saturday morning cartoons were awesome as a kid. I loved jumping out of bed, running into the TV room and turning on two unadulterated hours of quality entertainment. The jokes were hilarious, the action was heart-pounding, the stories were deep, and the ads were ecstasy. Kids were dancing on lunch tables celebrating their Lunchable’s with Capri Sun, dudes were sending Hot Wheels cars around loops and through stacks of miniature barrels, bros were teaming up to spray their sisters with Super Soakers, and I certainly wasn’t going to forget that new episodes of Jackie Chan Adventures were coming up next! Then someone decided that I had enough fun with my life and needed to watch ads about families narrowly escaping house fires while a narrator tells me to get insurance so when I burn to death I can be consoled knowing that at least my family won’t get ripped off on the cremation. Is it any wonder we don’t watch much TV anymore? Yeah, I’m watching late night comedy here and there, but I’m not sure I need to see 10 ads per hour for that new extended-cab mega-duty pickup that’s backed by America’s best-in-class powertrain warranty. In fact, I pay money to not watch that. How much would you pay for a Netflix subscription? Be honest here, if Netflix jumped in price to $20 a month you would happily pay it. Ads suck. Pirates of the Caribbean is not good enough to be a 4 hour movie with interruptions to talk about various contraceptives and structured loan settlements. No movie is that good. And that is why, one day there will be no more ads. 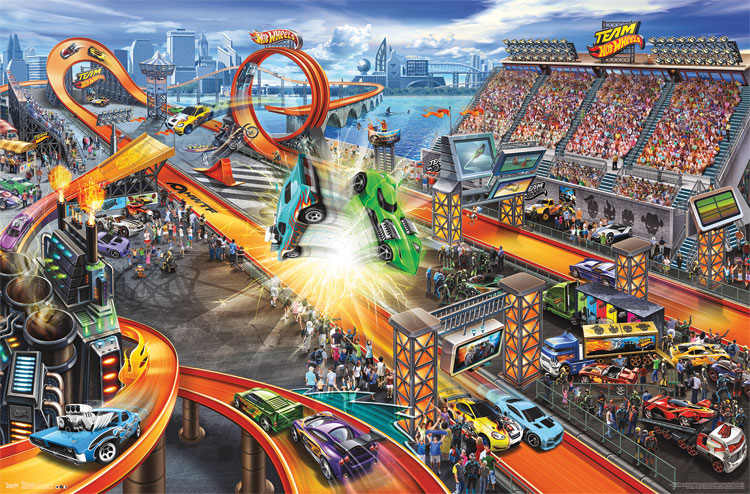 Try to not buy this, I dare you.

The thing is, advertisements overstayed their welcome. We all know that advertisements pay for the content we see so we don’t have to pay for the content ourselves. However, eventually the ten-thousandth Snuggie ad breaks your spirit and you turn off the TV and ponder your life. Why do you pay $120 per month to have fake doctors tell you how great their over-the-counter constipation medicine is? Does anyone really care about the new season of Burn Notice enough to interrupt my heavily-censored viewing of Die Hard? I argue “no” and many have followed suit and cut the cord on TV by going to streaming services as the far more convenient, ad-free content delivery system. Sure, I do have to wait a little longer for the next season of The Walking Dead, but at least I didn’t get the plot of Tom Cruise’s latest film spoiled every 10 minutes between dramatic moments. Ads are on the way out with convenient tools like ad-blockers and telling customer retention you hate TV because one fell on your dog and you have been traumatized ever since. Eventually cable will die, and no amount of ads for leaky bladder syndrome will be able to bring it back. But what about advertising’s other great front, the web? That is dying too. Remember pop-ups? Those are a thing of history now, and despite CNN.com’s best efforts, banner ads are sure to follow. Ad blockers already make the web a much more accessible place, and if you can sleep easy at night knowing that some content creators aren’t getting their fair share of payout then life is good. If not, you can always use sleeping pills like Lunesta, with rare side effects including headaches, drowsiness, hallucinations, and, in some cases, death.

The problem with ads from the advertisers perspective is that people are becoming numb to them. We tune them out, change the channel, or click away. Advertisers have worked hard to create more ads that are harder to ignore, louder or more exciting ads that grab attention more, or in rarer cases ads that are more engaging for the potential customer. Eventually, like the Sun running out of hydrogen, ads will become so bloated and ineffective that ads as we know them will disappear. However, there will be no victory song, like any good final boss monster, ads will be back with new powers, attack patterns, and sinister plot to expose in a painfully long unskippable monologue. The post-advertisement world will no longer depend on seemingly-disinterested geckos to sell motorcycle insurance, it will betray your trust and rob you of any faith you had left in humanity. 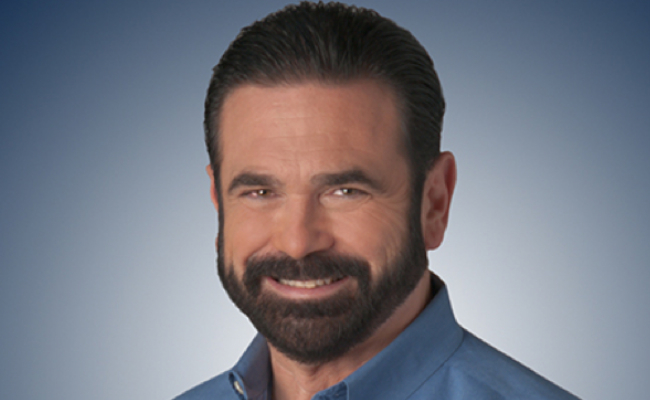 BILLY MAYS HERE WITH WILL DO X! ARE YOU SICK OF ADS? TOO BAD!

Gone but not Forgotten

It’s hard to think that the warm feelings we get every Super Bowl of yellow lab puppies playing with horses is actually born out of a calculated scheme to appeal as much as possible to the abnormally high percentage of female viewers who are bored by overpaid ball chasers. It’s true though, every one of those multi-million dollar 30 second slots is a corporate calculation to make the most amount of money and grow the brand as much as possible. Coca-Cola isn’t a well-digging charity, and McDonald’s isn’t a higher-learning institution for the underprivileged. Advertisements of the future won’t find success masquerading as such either. Rather, advertisements of the future will disguise themselves as real content on the web aimed at the unsuspecting, and it’s already started happening. Websites write “professional” reviews that read like press releases, glowing about various products and media before delivering a meaningless “editor’s choice award” or some such nonsense. Just like the participation award at your elementary school’s track-and-field day, the award is meaningless because the award was not given based upon merit. It gets worse, yesterday I was called by a company that wanted me to advertise Will Do X with them. As I looked into their platform I noticed that the phrasing and design of their site was made to show non-paying advertisers as lazy and cheap while paying advertisers didn’t look like advertisers, but simply well put together businesses. Words like “promoted,” “paid,” or “sponsored” were replaced with “featured” or “spotlight” as if they were from a curated list of privately vetted candidates, and they were promoted elsewhere as such! I ultimately refused to advertise with the company because it felt as a compromise of my artistic integrity, but I’m sure many others wouldn’t have a problem with this approach. The reason being, it’s effective advertising.

Humans are tough, we fight off disease, punch each other in the face for fun, strap ourselves to rockets, bolt metal to our teeth, and voluntarily cut ourselves open to change things around. We adapt to tolerate living in freezing cold tundras and blazing hot arid deserts. We even tolerate The Big Bang Theory, but sometimes we’re too tough for our own good. Medicine like antibiotics become less effective over time, that song we used to listen to on repeat ten times in a row is not as fun as you remember, and Blazin’ wings at Buffalo Wild Wings aren’t as spicy as they were last time. Advertisements are like that too. We’re too used to them for them be effective anymore. There’s only so disrobed a woman can be to sell Axe body spray, and there’s only so shocking and gruesome you can make an ad for Rollover Minutes before they too are ignored. The future in advertising is to bypass all that by making advertisements indistinguishable from legitimately interesting content. Social media is a huge step in that direction, with advertisers milling about with throngs of unsuspecting customers who only logged on to see which of their friends is having the best dessert. Marketing budgets have shifted from buying TV spots to paying for contests to be shared, liked and reblogged which advertise new products and generate more good will than an ad breaking the flow of your program. Instead of full page newspaper ads, a well constructed YouTube video by a popular Vlogger can get shared around half a billion times all by people’s trusted friends. It looks and feels like content, but it sells products like its the 1960s again. Is that a bad thing? Time will tell. 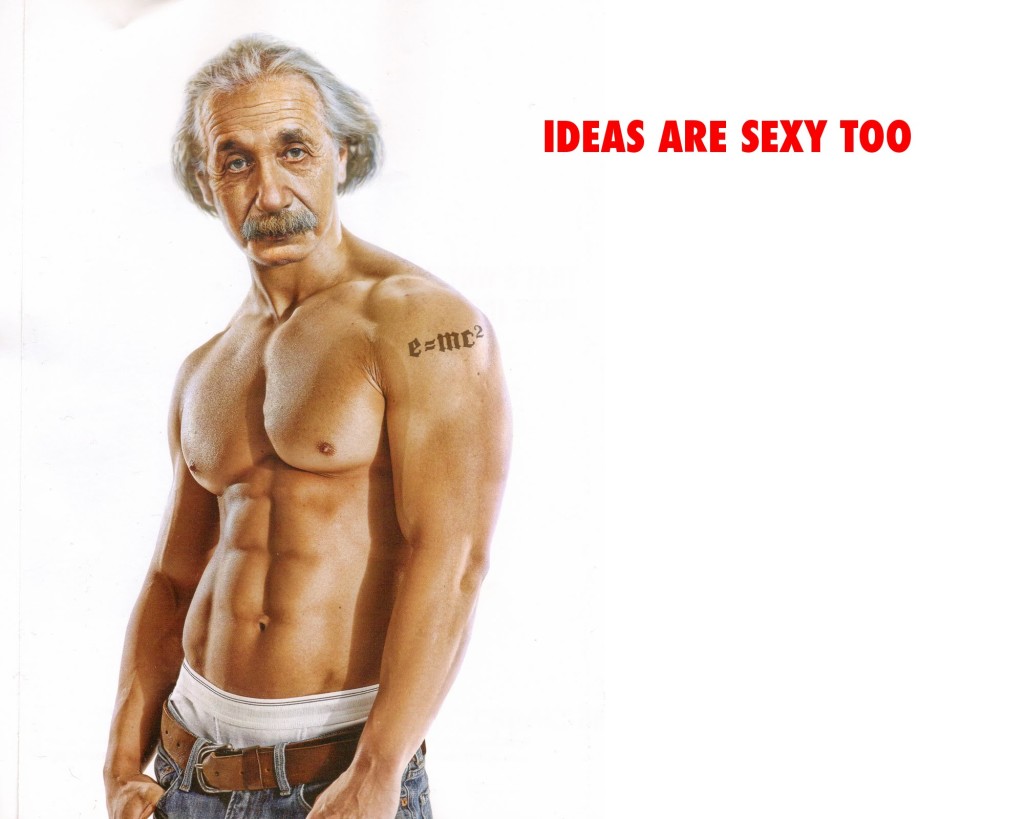 I’m not sure what he’s selling, but I’m buying.

Having more interesting, less annoying, and increasingly effective ads sounds like a good thing for everyone. It’s a slam dunk really, but the problem as I see it arises where the efficacy is born out of a betrayal of the consumer’s trust. Advertisements that pose as content, especially ones that are designed to look like valid content while valid content is intentionally made less appealing (as was the case in the advertiser who contacted me), are exploitive and dishonest. They give great reviews to lackluster products, promote the work of untested “professionals,” and shamelessly obfuscate flaws or concerns that users should know before making a purchase. In every industry I have a personal interest in including the games, movie, consumer electronics, home audio, consumer photography, snow sports, and technology industries amongst others I have seen this type of advertising increasing more and more each year. In the marketing material that is sent to me as a business owner, these strategies are talked about as if they are the secret gardens of Shangri-la where beautiful mothers serve their studious 8-year-olds Kraft macaroni dinners in unnaturally bright kitchens. We all know the reality is that 85% of those macaroni dinners are eaten by sleep-deprived college students at 4 am while they wait for their projects to export to disk, and we know that ads are just ads without our best interest at heart despite what the All State guy says. Consumers continue to get savvier, and ads must adapt along with the salespeople that create them. Ads as we know them will disappear only to be replaced by something more sinister, and it is up to you to go out and seek reliable sources who evaluate products and services based on merit rather than marketing dollars. Forums, YouTube reviewers, and bloggers are great places to start for just about any product on the market. The bigger the review site, often the worse things get. Think before buying, study the facts, and trust no one. Not even me, after all, isn’t this an ad? The only difference is I’m not trying to trick you.

Join me next week for: Brochures by Mail: What Obama Doesn’t Want You to Know

Trivia: receive 10% off brand analysis or get 10% off a printed wedding album when you email me the correct answer to the following question with the subject “Advertisment Trivia” (offer valid through August 22, 2015 and may not be combined with any other offer.)

Subliminal messaging in advertisements, a process where a message appeared on screen for a short flash, was banned by the FCC in what year?