The Last Shall Be First and Vice Versa

Everything is terrible, and it’s because the bad guy always wins. The constantly raging format wars between good tech and bad seems to be won more often than not by the worse option. Most readers will recall Betamax vs. VHS and the more recent HD-DVD vs. Blu-ray, but format wars are waged and won constantly. Perhaps it would be more accurate to say they are lost constantly. MP3 players, DirectX, and even cellular 4G and LTE networks are victors of format wars, that have won for different but related reasons. Understanding why can help you more effectively market your product and be a better consumer. How you ask? Stop interrupting, we’re getting there. You’re the one reading this so if it isn’t happening fast enough it’s at least a little bit your fault. Never mind, I lost my temper, I’m sorry. Let’s just forget this and start with the greatest lie capitalism ever told.

The Customer is Always Right

I don’t know how many of you worked retail jobs, that would be pretty creepy if I did, but I’ll assume that many of you had the wonderful opportunity to try your hand at customer service at some point. For those of you who did, your pappy probably took you aside on your first day and told you “the customer is always right, remember that, and get me my lotto numbers, this week is it I can feel it!” Pappy was wrong on both counts of course, the customer is hardly ever right, and that week and each successive week certainly wasn’t “it.” The customer has valid expectations, and also needs and deserves to be treated with respect, but they aren’t automatically the final word on everything just by standing on the other side of the counter. What I’m driving at is the customer has an important role to play in what products succeed, but expecting the person deciding to buy an iPod to fully understand the merits of FLAC vs. MP3 and the benefits of headphone amplification and frequency response in headphones vs. earbuds is somewhat unreasonable.

The customer makes decisions based on feeling, and, by that metric, marketing is critical to a product’s success. However, a consumer also makes decisions based upon convenience, and because of that, we have seen a trend of the more approachable technology constantly winning out against oftentimes technically superior technology. Blu-ray beat out HD-DVD to replace DVD as the high-definition format, but it ultimately arrived a few years too late as the convenience of streaming services became more desirable than the higher-fidelity quality that a disc-based format could offer. HD Netflix doesn’t look as good as a Blu-ray disc of the same film, but Netflix costs much less, is delivered instantly to your screen, has a huge available library, and is, ultimately, good enough. All the customer wants is something that is good enough, even if that means forgoing something better. Blu-ray “won” against HD-DVD, but failed to fully dominate the market as the format of choice, and to this day you can still find DVDs piled to the ceiling of your local Wal-Mart since not enough consumers were compelled to upgrade to a Blu-ray player, or at least people who aren’t interested in paying 25 bucks to watch Amy Schumer disappoint in HD.

Until recently, you could ask any videophile what TV to buy and they would recommend a plasma TV. Ask one today, and they’ll give a variety of answers, but plasma won’t be one of them. Plasma TVs finally died like a poli-sci major’s hopes and dreams. Plasma screens were unable to warrant their manufacturing and R&D costs compared to the slimmer LCD TVs. Why? Plasmas weren’t able to be cranked up to the unnatural brightness of LCD to look good in bright stores, they used a bit more power, they had the burn-in stigma (which was gone for years before they themselves followed suit), and they were thicker and heavier than even the largest LCDs. To the consumer, color quality, viewing angles, refresh rate, and black values were less important than brightness and thinness. LCD beat out plasma, despite being more expensive and technically less impressive because it looked better on the show floor. Presentation matters. Consumer experience matters more. Having a better product matters very little.

The consumer, though often uniformed, has the right to buy what they want. Predicting what a consumer will want is hard, understanding what a consumer does want is easy. A consumer wants what they connect with on an emotional level. Successful products cannot be intimidating, offering an easier interface is better than having more features and control points. When a product that dominates the market is intimidating, a newcomer that offers nearly the same functionality in an easier interface will supersede it. My pappy was the best at his job, but then they hired someone who wasn’t quite as good but who wasn’t super cranky all the time. Three months later ol’ pappy was living in our basement and sharing his life advice with me at every turn. People just want something that isn’t fussy and they will take some concessions in functionality to have an easier interface. Is that wrong?

The problem with emotional responses is they are hard to predict, and dangerous to employ. The trend as of late has been a push towards more and more emotionless products. It’s like Eeyore gave the stockholders the company earnings report and then decided to go rouge and announce a new creative direction. Look at Apple handhelds. The dancing silhouettes and bold colors of the iPod ads are now disembodied hands on a white background holding phones like some sort of first person view of your last bathroom break at work, which I guess may have been emotional, I don’t know I wasn’t there. The point is the format war has changed fronts. Physical media has largely been replaced by a variety of web streaming services. Audio formats still war at the high end with the advent of ceiling channels. Web standards, video players, APIs, and connector types all still have it out trying to come out on top for those sweet sweet licensing fees. However, so many of these format wars are out of the hands of consumers and are in the hands of content deliverers. The consumer’s job has increasingly become to buy the same phone, tablet, TV, and computer as everyone else. Look at games consoles, the GameCube, PS2, and DreamCast were all from the same generation and all were very different (another instance where the superior DreamCast lost by the way). Now, the PS4 and Xbox One are almost identical, though the Wii U is slightly off beat and increasingly aimed at a separate market entirely. Look also at cell phone handsets. Remember all the choices of flip phones, slide phones with keyboards, BlackBerries, Palm Pilots, and Sidekicks? Now everything is a rectangle with a touch screen. How did we all get to this monochromatic sameness? We’ll have to talk about that another day. 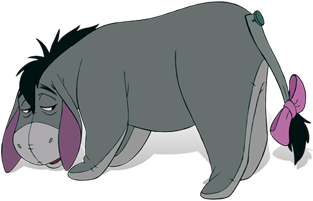 Can you make it less exciting please?

The reassuring nature of technology is it is always developing, and it develops on top of the foundation of what came before. For this reason, there will always be times where two or more similar technologies come out and compete for market dominance. When that time comes, you can be sure that the worse tech will probably win, but it’s for the best. Really. Pappy was right about those customers. Money talks and people ultimately know what is good for them. Surely, they’ll pick the wrong technology, but they will pick the right design. This is perhaps more important. Design and the simple communication of ideas is critical to our lives. It is critical that we are able to get the most out of what we have, and, frankly, sometime the better technology with its difficulties and other shortcomings is what we sacrifice for something better. Eventually, VHS was replaced with DVD, LCD will lose out to OLED, PS4 and Xbox will lose out to PC, and on it will go. Sometimes the good thing has to lose to the bad thing so the bad thing can get beaten later by something even better. Formats live and die, but the design endures. Design is cumulative and carries over from generation to generation and builds upon itself. Design is the enduring part of the format wars, and it is what rises to the top. If you are introducing a product, it doesn’t matter how good it is, it must have the best design to win. Pappy never won it big in the lotto, but he understood consumer trends and market analytics. Well maybe not, but he at least got lucky this once. Good on you, pappy.

Join me next week for: Sabotage, Career Advancement, and Dating Past 30: A Retrospective

Trivia: receive 10% off custom lettering or get 10% off high school senior photos when you email me the correct answer to the following question with the subject “The Worst Stuff Trivia” (offer valid through September 12, 2015 and may not be combined with any other offer.)

Sony is infamous for participating and often losing many format wars, but what format of disc that could hold music, movies, or games did they push and ultimately fail to establish in the handheld market?